Malcolm Turnbull has unveiled his shiny new energy policy, complete with its own three-letter acronym to replace the doomed Clean Energy Target.

The Government claims the new plan — including a National Energy Guarantee, or NEG — will be kinder to hip pockets and will reduce emissions enough for Australia to uphold its end of the Paris climate change agreement.

Here’s what it all means:

The Government is effectively putting the onus on retailers to guarantee (the G in NEG) two things: reliable supply and emissions reduction.

The first part of that means power companies would be required to use a percentage of electricity from sources such as coal, gas, batteries and pumped hydro.

This would be ready to use at short notice to stop blackouts like the one seen in South Australia last year.

It would also keep the power system stable at a lower price because it would be done via long-term contracts, not the short-term spot price.

The second part — reducing emissions — means they’ll be scrapping subsidies and incentives for renewables and instead expecting retailers to ensure the power that they’re buying is efficient enough to help Australia meet its international obligations (i.e. what we signed up to do during the Paris climate change conference).

It is not yet clear what the penalty would be for companies who fall short of that, but it is likely they would be able to make up a shortfall the following year.

Will my power be cheaper?

Spruiking the new plan, the Prime Minister said: “Your power bills are too high and rising too fast.”

So how much are we talking? The typical household could save between $110 and $115 each year for a decade from 2020, according to the Energy Security Board, which costed things for the Government.

BUT … the head of the Energy Market Commission, John Pierce, who is *also* a member of the Energy Security Board, said that figure was an average over the decade, leaving open the possibility it would be much lower in the early years.

Mr Pierce told Sky News that some modelling showed the saving could be as low as $25 a year in 2020.

When Mr Turnbull was asked in Question Time if the Energy Security Board had provided any lower figures, he said the only information he had was the figure quoted in the Security Board’s letter to him; that’s where the $115 figure came from.

Here’s what deputy Liberal leader Julie Bishop had to say:

“This is a very secure way of ensuring reliability, affordability and meeting our Paris commitments … it doesn’t require a CET, it works on market mechanisms and will drive prices down.”

But keeping the power bills down is reliant on a range of measures including state government policies.

“Keeping the lights on” is a key element of the Government’s mantra.

It insists that the scheme is designed to ensure that the electricity supply will be more reliable because power companies will have to use “dispatchable” power.

The Government is already backing chief scientist Alan Finkel’s call for more investment in batteries. His aim is to make solar power more reliable because the energy could be stored and released to prevent shortages, and the Government has adopted that plan.

This goes much further by making the power companies source some of their power from sources like coal, gas, pumped hydro or even encouraging ways to reduce demand.

Will it bring down emissions enough?

In November last year the Government promised to reduce emissions by between 26 and 28 per cent by 2030 as part of the Paris climate change accord.

It says that target will still be met, but with no incentives or subsidies for renewables under this scheme.

The Government says renewables are becoming more competitive without subsidies, so the Renewable Energy Target is no longer necessary.

It’s understood those subsidies for using renewables will be phased out after 2020.

Labor argues the new plan will destroy the renewables sector.

The Climate Council says it will mean less renewable energy than we need to tackle climate change.

Power companies will be forced to use baseload sources, which could keep some coal-fired power plants operating longer.

But the Clean Energy Council says these plants are becoming unreliable because of their age.

Mr Turnbull says solar, wind, coal, gas, batteries and pumped hydro will all be part of the energy mix.

How did we get here again?

Towards the end of last year, the Federal Government asked Dr Finkel to review the energy sector after a statewide blackout in South Australia.

That review focused on the sustainability of the current system, its environmental impacts, and affordability for consumers.

Dr Finkel came back with a bunch of recommendations.

One of those was a Clean Energy Target, which would have seen electricity companies forced to provide a set percentage of their power from low emissions (clean) technology — things like renewables and efficient gas.

His modelling showed a CET would lower power prices by subsidising investment in clean power generation, increasing the supply of electricity.

But some in the Coalition were sceptical about the CET, saying it would make for less reliable service.

And so the Government went back to the drawing board, and came up with this plan.

Will the NEG get the nod?

The Government thinks it can make these changes without federal legislation, meaning it could avoid a Senate showdown.

But it will need the backing of the states and territories, which have their own policies over energy.

Either way, the bipartisan approach to energy has died with the CET. 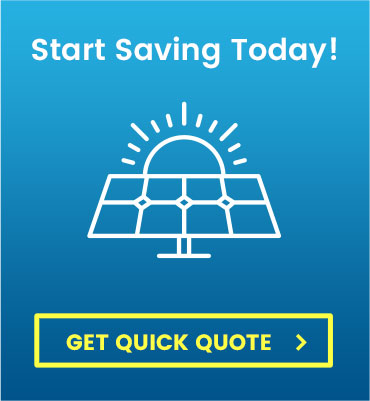